SIMULATION USE ONLY, DO NOT use for real world navigation.

i) Take-off run should normally be commenced at or before the threshold.

i) Take-off run should normally be commenced at or before the threshold.

iii) After take-off or following a late touch and go landing, climb should be expedited on the runway heading to 300ft. A climbing right or left turn in accordance with ATC clearance should then be commenced to avoid overflying built-up areas at low altitude.

iv) The climb should be continued in the circuit area until the aircraft reaches an altitude at which the flight can be continued safely to clear congested area in the event of engine failure.

10.2.1 Aircraft departing from or returning to the KTATZ normally are to do so via East Pass. 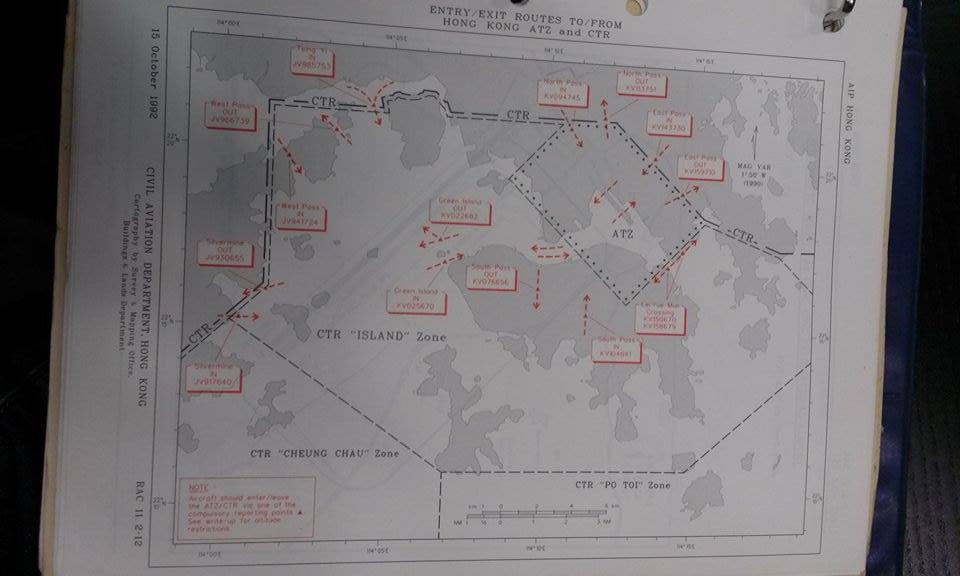 10.2.4 The Runway 13 base leg is over Taxiway D2. Pilot making approaches from the circuit to runway 13 are not to descend below 400ft until established on final.

10.3.1 A holding pattern is established in UCARA Port Shelter near East Pass. The minimum holding altitude is 1500ft. The orientation of each leg and direction of turn are as follows, 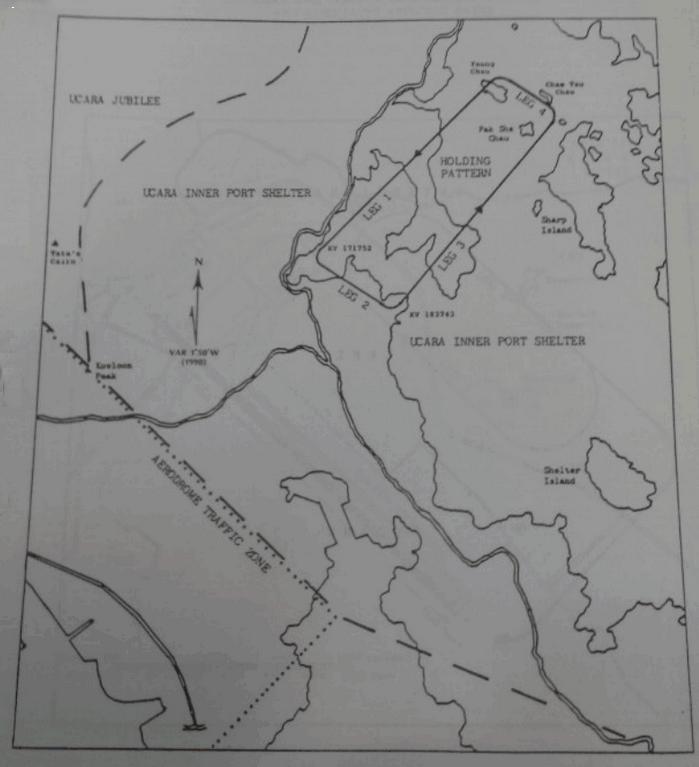 10.4.1 The Holding Pattern is a right hand race-track whether to land on Runway 13 or 31. The orientation of each leg and direction of turn are as follows. 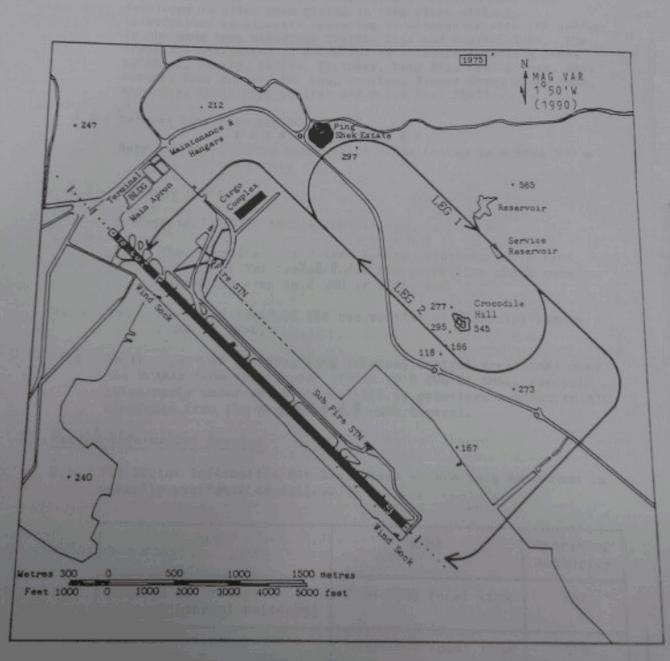 1.1 Alternative Landing Site
All pilots operating from Kai Tak must select an alternative landing site (i.e. LT16 / VHSK) prior to takeoff as part of their preflight procedures.

1.2.1 On departures with a headwind or crosswind component not exceeding the limitations set forth below, pilots should consider making use of the full length of the old LATRA for a “normal transition takeoff” and establish 60 KIAS for climbing right after the fences along the southeastern perimeter of the HKAC. Pilots should exercise with extreme care to avoid flying near other aircraft  and follow the “Arrival and Departure Path” west of the Runway.

1.2.2 On arrivals with a downwind component not exceeding the limitations set forth below, pilots should start descent from 500ft AGL at 60 KIAS at the North end of the Runway and expect to join the “Arrival and Departure Path” at 200ft AGL at approximate 40 KIAS. Pilots should avoid a combination of airspeeds and vertical descent rates favoring “settling with power” (also known as “vortex ring state”) throughout the descent approach. In either case that any pilot is unlikely to establish a steady approach within the wind limitations set forth below or the latest wind check reveals the conditions exceeding the limitations on return, he/she must consider proceeding to the alternative site to land into wind.

1.2.3 Under any circumstance, pilots are required to review all suitable areas along the “Arrival and Departure Path” prior to takeoff for the purpose of forced landing without danger to persons or property on the surface, in the event of failure of a power unit. Wind Limitations on Departures and Arrivals Departures with a downwind component of more than 5 knots or crosswind component of more than 10 knots are not permitted.

1.2.4 Arrivals with a downwind or crosswind component of more than 10 knots is not permitted. Wind speeds are to be taken from the “10-minute Mean Wind” at Kai Tak as recorded by the Hong Kong Observatory.

Pilots should allow at least 10% margin between the maximum allowable takeoff weight and the maximum gross weight laid on the Pilot’s Operating Handbook when operating at Kai Tak.